Introducing our newest line of Aya frames. This line includes local Aborginal Artist Donald Chretien’s designs as well as designs from Corrine Hunt an Aborginal Artist from Alert Bay, BC. Both artists have previously been featured at the Vancouver 2010 Olympics. Donald’s contribution can still be seen in Rogers Arena in Vancouver. Corrine was a co-designer of the Olympic medals. 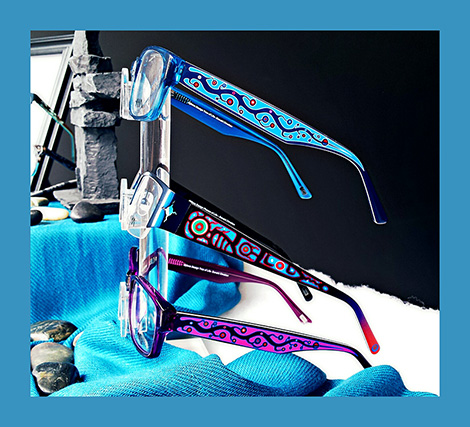 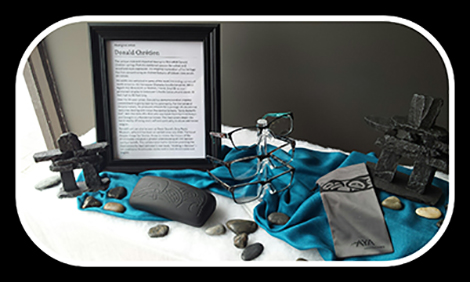 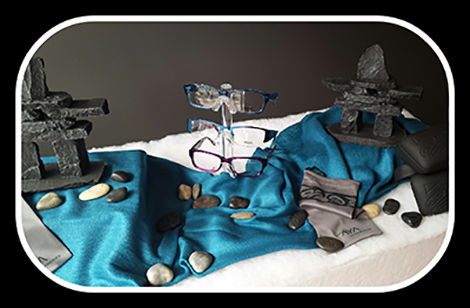